Photo by munshots on Unsplash

Trend Bending Policies for Advancing Racial Justice is a three-part series developed by Well-being and Equity in the World (WE in the World), and brought to you in partnership with the Well Being In the Nation Network (WIN Network). The series lifts up policies that Black, Brown and Indigenous-led organizations are fighting for in pursuit of racial justice.

“Defund the Police”—the slogan that emerged during the 2020 #BlackLivesMatter uprisings—has been misrepresented and critiqued by many politicians and media figures. Similar to how most Americans felt about the Civil Rights Movement in the 60s, the idea of defunding the police is considered too radical and counterproductive to some. In response, police reform advocates have offered body cameras, bias training, and community policing strategies as alternative strategies for curbing the epidemic of racist police violence.

Yet these reform strategies have already been tried for decades, and they have not worked. The city of Minneapolis, where protests began after a Minneapolis police officer murdered George Floyd, implemented a host of reforms in 2015 that included an increase in officer diversity, community dialogues, and mental health crisis training. In cities like Chicago, New York, Los Angeles, officers are subject to an array of use of force restraints, yet these police departments are notorious for their treatment of poor and Black residents. These reforms have not worked, and in most cases, strategies like community policing increase the funding and technology available to police.

In actuality, defunding the police means shrinking the role that police play in society and expanding the social services that actually contribute to public safety. In the United States, housing, education, social benefits and jobs programs have all been steadily defunded over the last 60 years, while police and prison budgets have steadily increased. Police are the de-facto respondents for mental health crisis, homelessness, drug use, school discipline, and a variety of other social and health issues that require nuanced responses. Whether or not one believes that policing is built on white supremacy and needs to be abolished, it is clear that a new strategy must be tried to end police violence. Activists are demanding that we do the logical thing by shifting resources away from police, freeing up funds to instead give people the things that they need to survive and thrive. The following 4 key themes emerge from the various policy platforms collected below.

Defund the Police and Invest in the Vital Conditions

Noah Kline is a senior at Wesleyan University and a former Social Transformation Intern with WE in the World. In 2022, he will begin a career as a secondary English Language Arts teacher in Washington, DC. 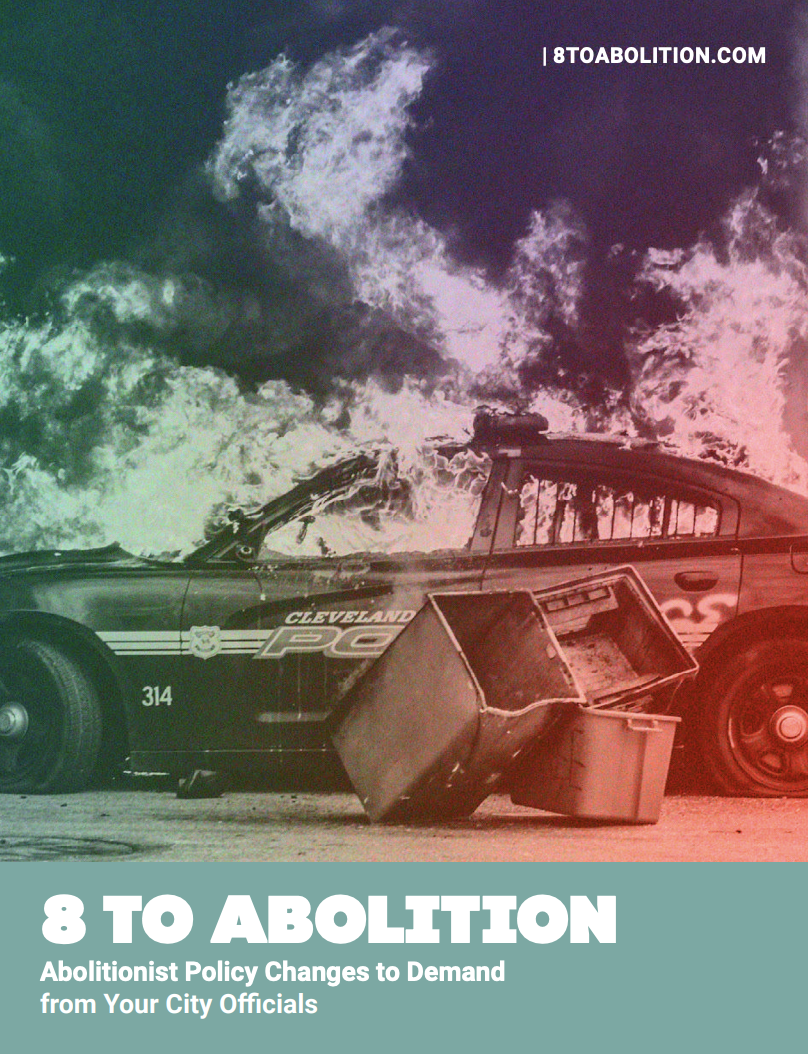 8 to Abolition: Abolitionist Policy Changes to Demand from Your City Officials 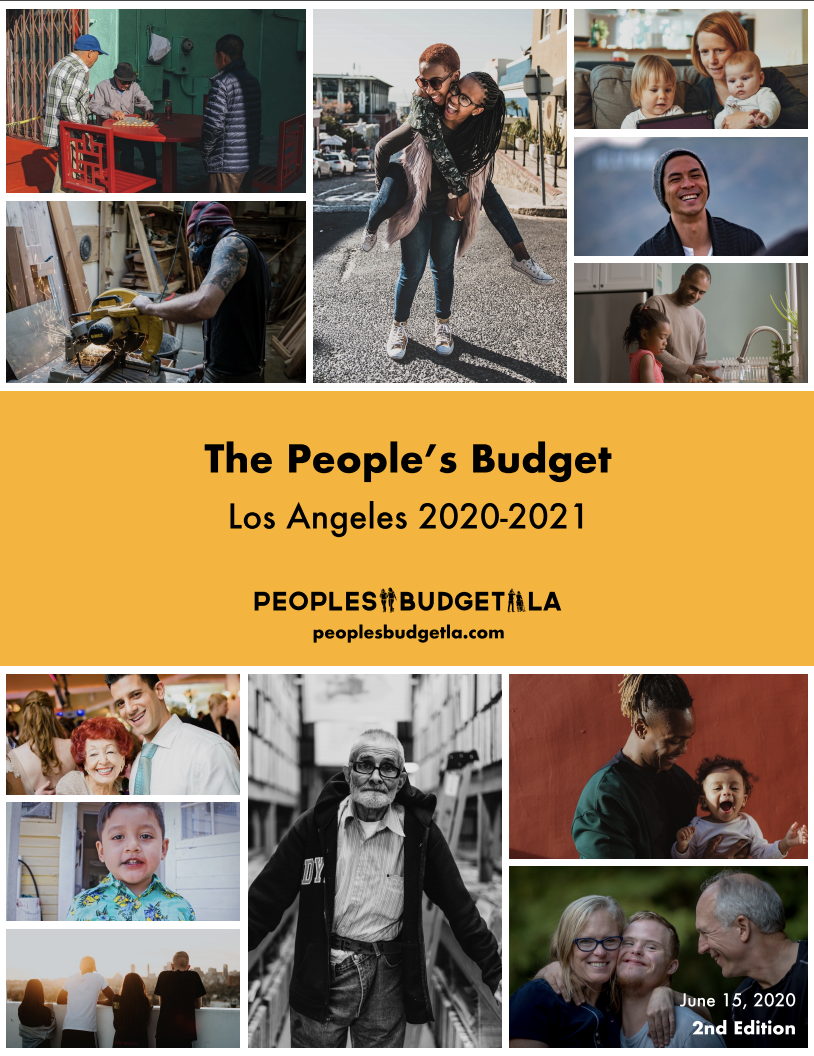 Brought to you by People's Budget LA 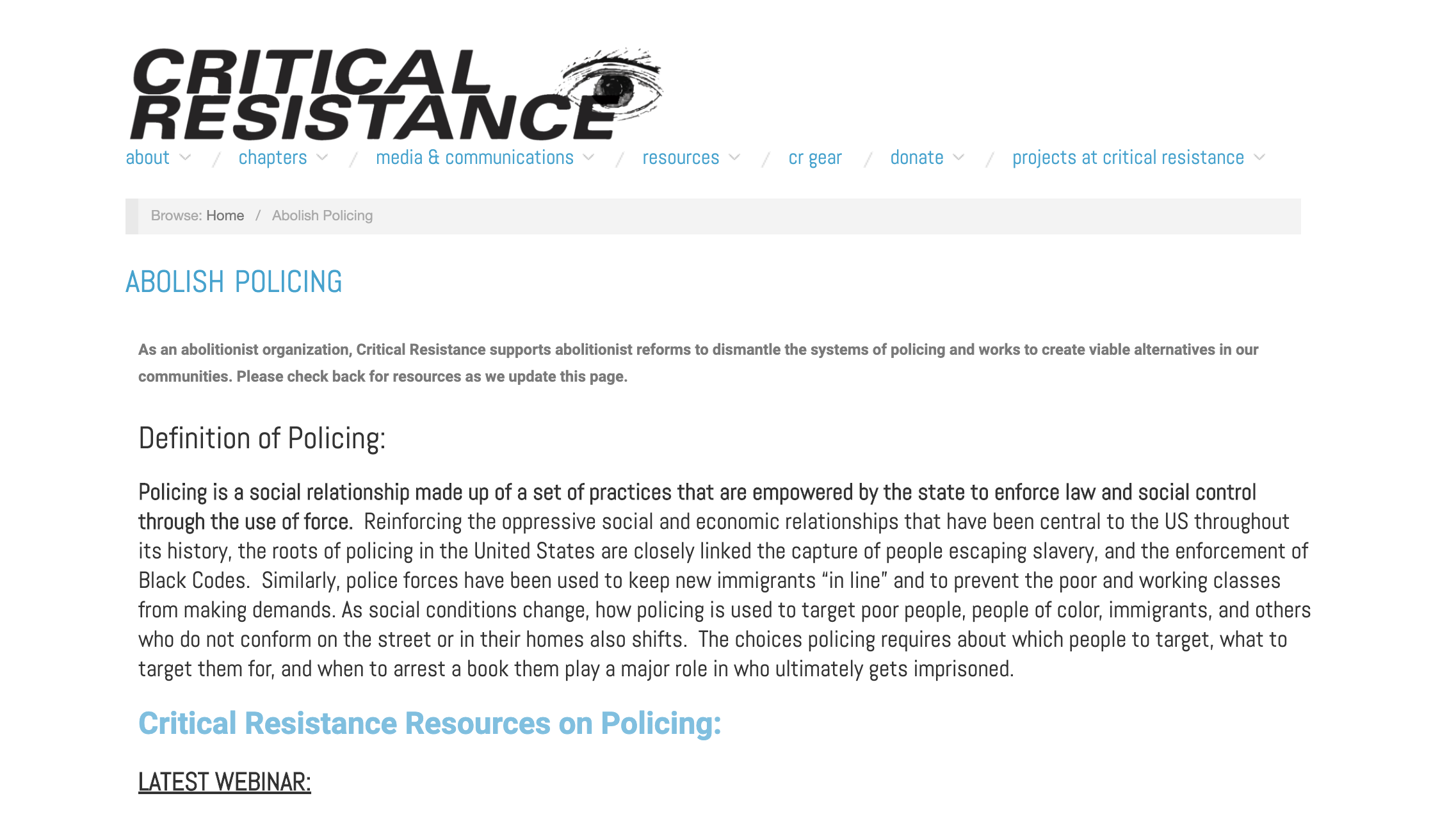 Brought to you by Critical Resistance 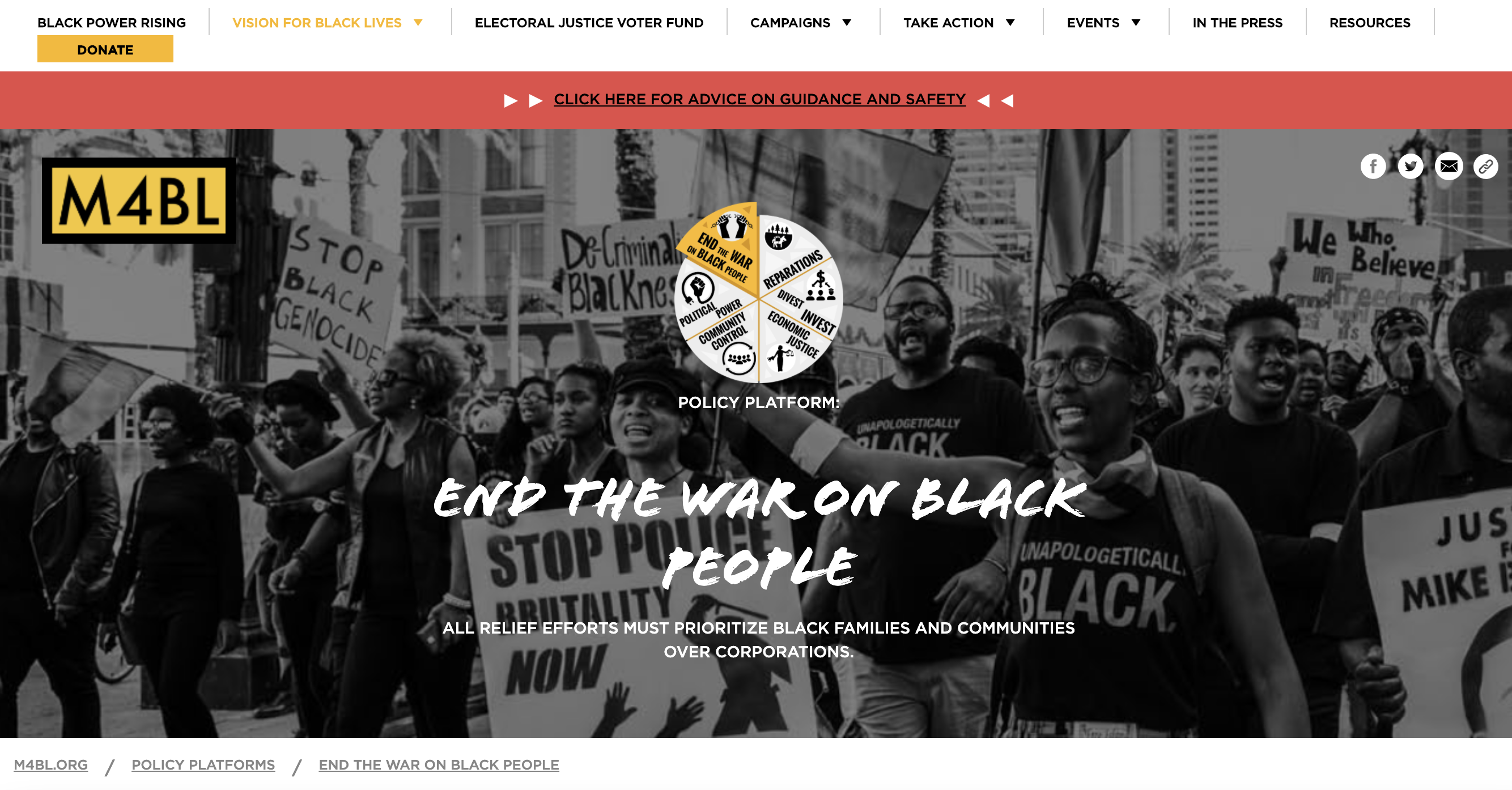 Brought to you by M4BL 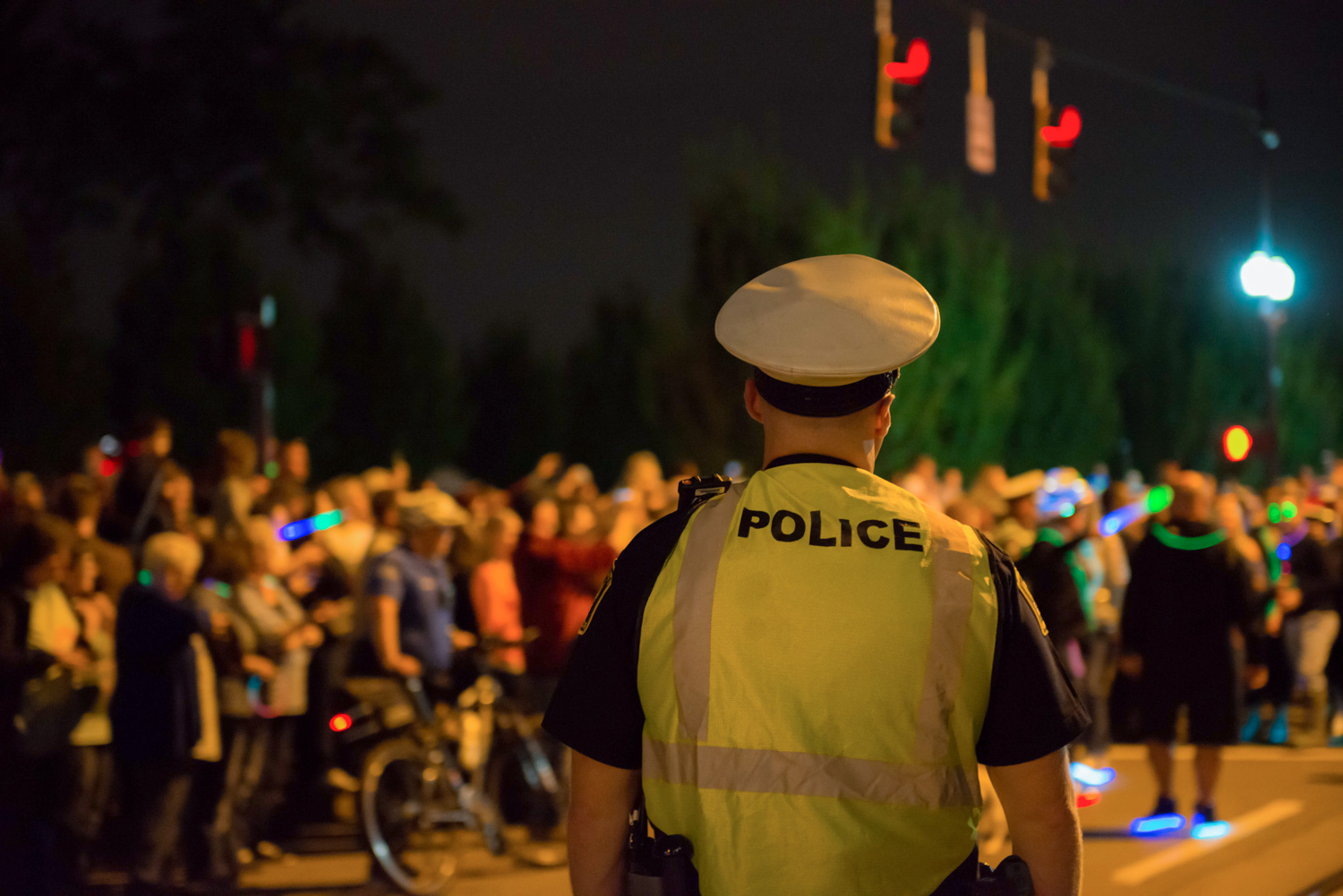 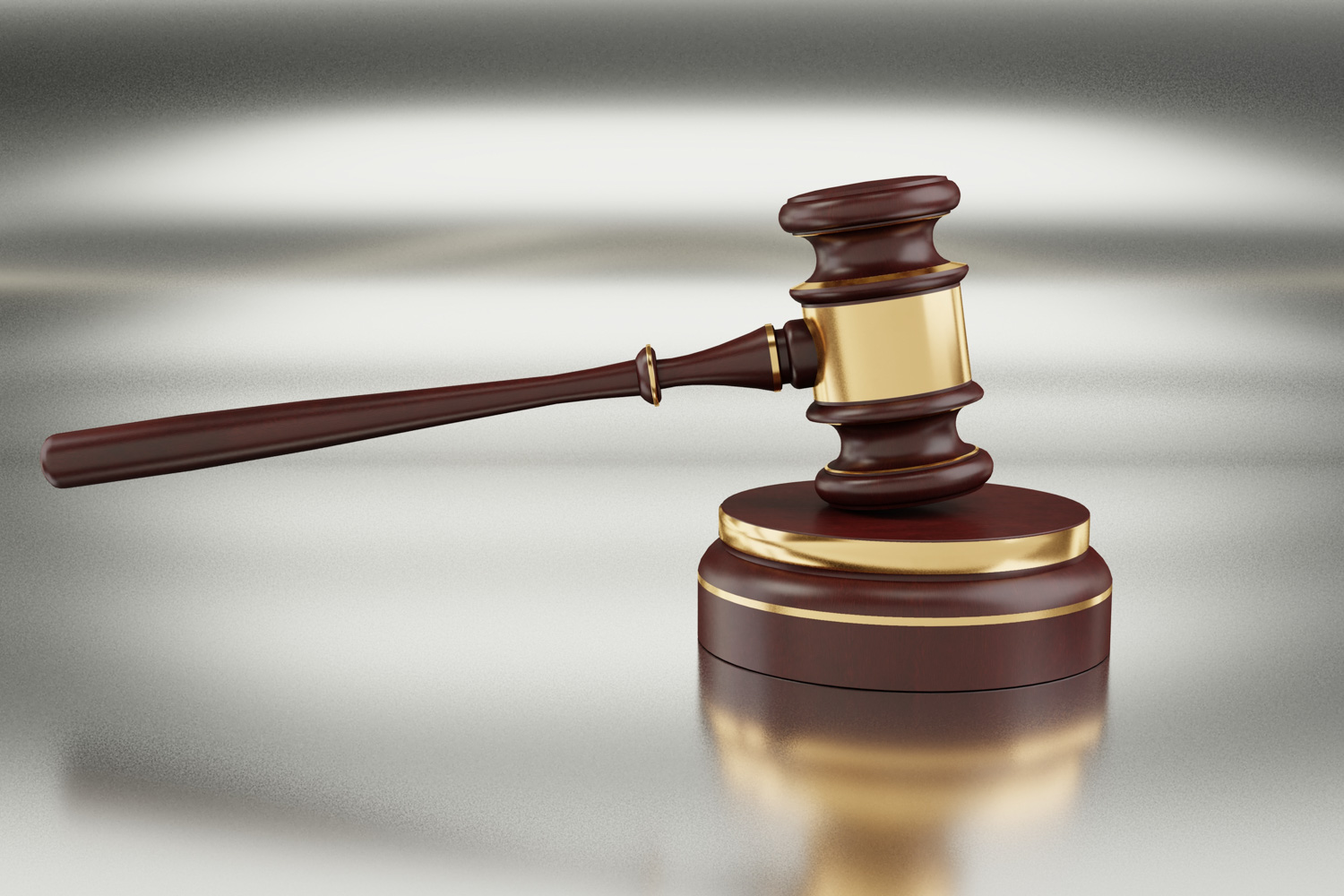