People who live in Atlanta, Georgia, once burned to the ground by Gen. William Tecumseh Sherman’s march through Dixie, envision themselves as a resilient lot. With good reason, the city’s omnipresent emblem is the phoenix, the bird of Greek mythology that constantly rises from its ashes to soar once again.

Even discounting the horror and shame of the Civil War-era rout of the city, Atlanta has a history of confronting and overcoming a series of community challenges that makes it unique among the nation’s great metropolises. The city, for example, displaced its roots of racial segregation in the 1960s to become Black Mecca, a beacon of social, political, and economic opportunity for black Americans toward the end of the 20th century.

Now, Atlanta — or more accurately, its metropolitan area — is home to 5.7 million people, many of whom relish in living amid the largest economy in the southeastern United States. But the prosperity isn’t uniform; hundreds of thousands of people across the region live in wretched poverty. Despite the glossy veneer of affluence, black Atlanta residents in particular are disproportionately less well-off than their white neighbors. 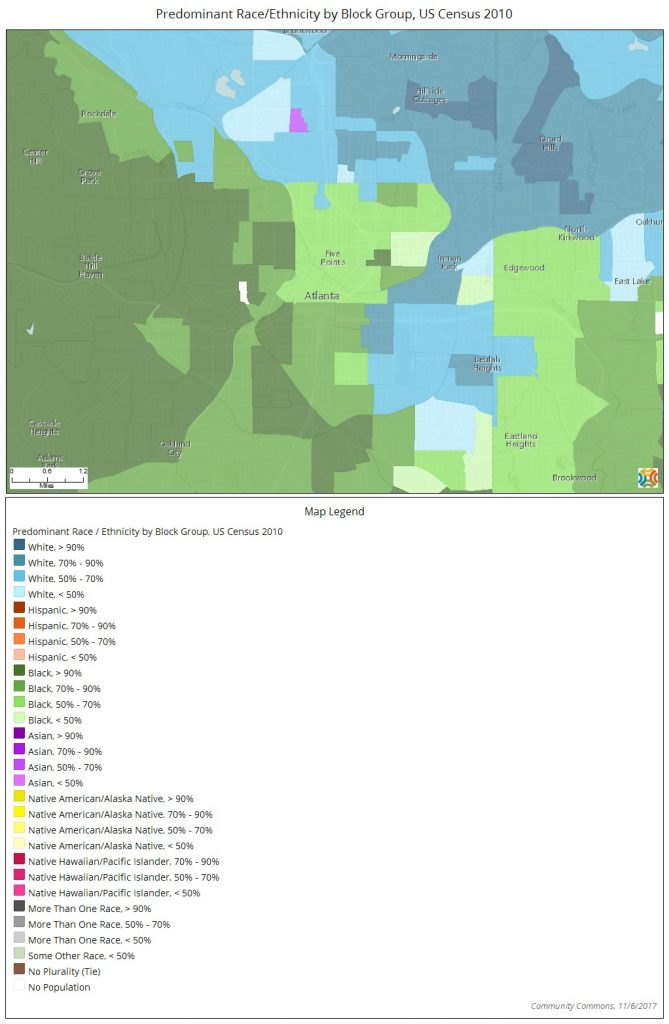 “[F]or the black mecca to be true to its name in the present moment, we are going to need a practical vision of multiracial, queer, and immigrant equity that is grounded in political commitments to black and brown thriving,” Amen said in his presentation. “Without that kind of intentionality, and multiracial mobilizing toward those ends, the black mecca idea loses all foundation.”

“We are going to need a practical vision of multiracial, queer, and immigrant equity that is grounded in political commitments to black and brown thriving.”

The need for intentional action is most evident in the city’s response to the dangerous and uneven impacts of climate change on its residents. A 2015 article by the U.S. Department of Agriculture’s Southern Research Station noted that climate change is likely to have significant impacts on metropolitan Atlanta and other areas in the regional Black Belt across the South. Calling this region “socially vulnerable,” the report noted:

Social vulnerability suggests that recovery after a climate disaster would be more challenging. Factors that contribute to social vulnerability include racial and ethnic identity, lack of education, language barriers, and a natural-resource based economy (such as agriculture or forestry). Poverty, commonly encountered in female-headed households, can also contribute. 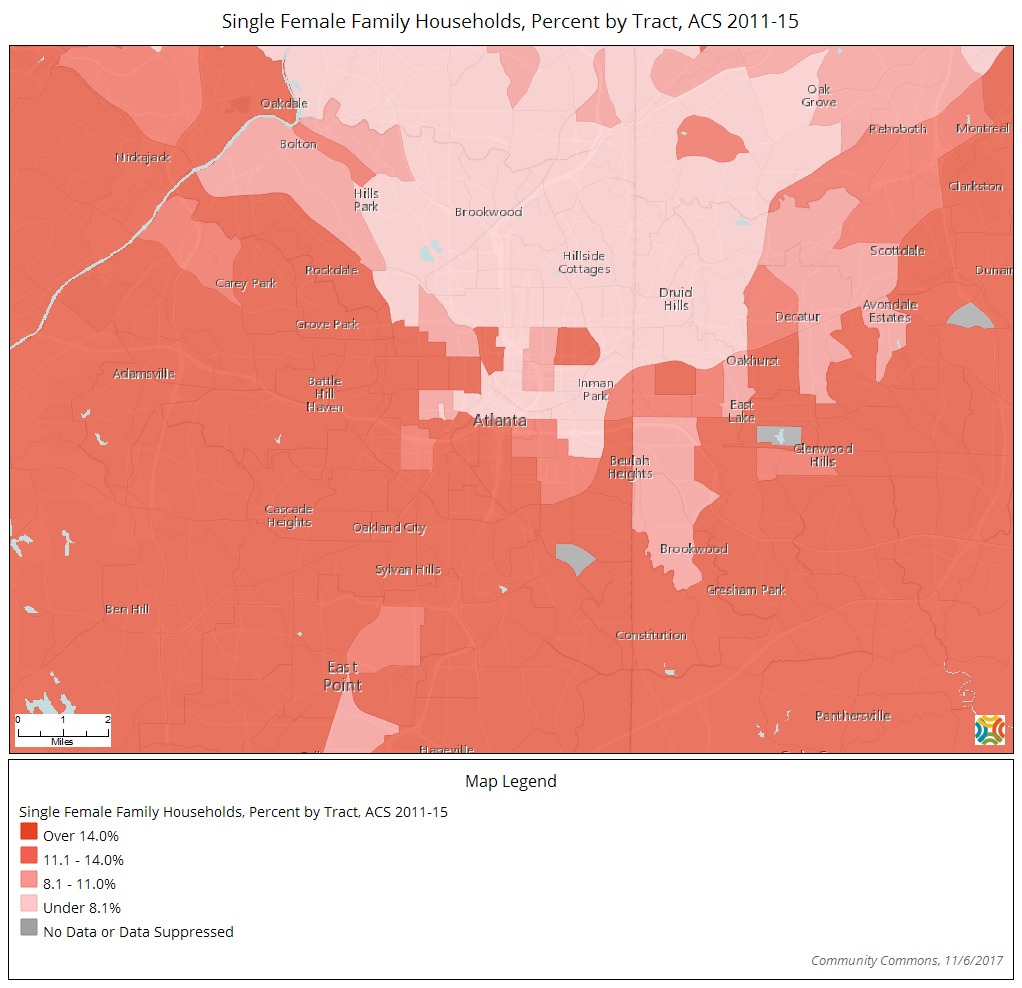 Atlanta Mayor Kasim Reed (D) has advocated for new policies to make cities more resilient in the face of climate change, joining a group of bipartisan mayors last year in sending an open letter to then-President-elect Donald Trump, pleading with him to help urban centers combat the effects of global warming.

Those pleas fell on deaf ears. Thus far, the Trump administration has demonstrated in its budget priorities and executive actions that the ever-worsening impact of climate change on American cities is not something it cares to address.

But true to its phoenix symbolism, Atlanta is rising once more. The city’s cycle of constant change is reflected a new strategy, “Resilient Atlanta: Actions to Ensure an Equitable Future,” released Wednesday by 100 Resilient Cities, or 100RC, a program sponsored by the Rockefeller Foundation to assist urban areas around the world draft plans to meet potential challenges in their respective communities.

Atlanta joined the 100RC network last year as part of its third wave of cities whose civic leaders are attempting craft strategies to anticipate and prevent problems such as climate change, terrorism, cybersecurity, and demographic changes that confront their communities.

Otis Rolley, regional director for the 28 North American cities in the 100RC network, said in an interview prior to the report’s release that many cities need assistance in developing effective strategies. “Ultimately, we recognize that the vast majority of the world’s population is located in cities,” Rolley told me. “By 2050, 70 percent of the population will live in cities. That makes it imperative that we are willing to go deep in those cities, so we doubled down [by creating] this initiative.”

The foundation provided resources for 100RC member cities to hire a chief resilience officer, who works with city officials to identify the “shocks” and “stresses” impacting the city. In Atlanta, the shocks were concerns such as floods, infrastructure failure, and other acute events; stresses are less-well-observed issues that fray at the fabric of urban life, such as racial tensions, economic hardships, social inequity, and transportation disparity. 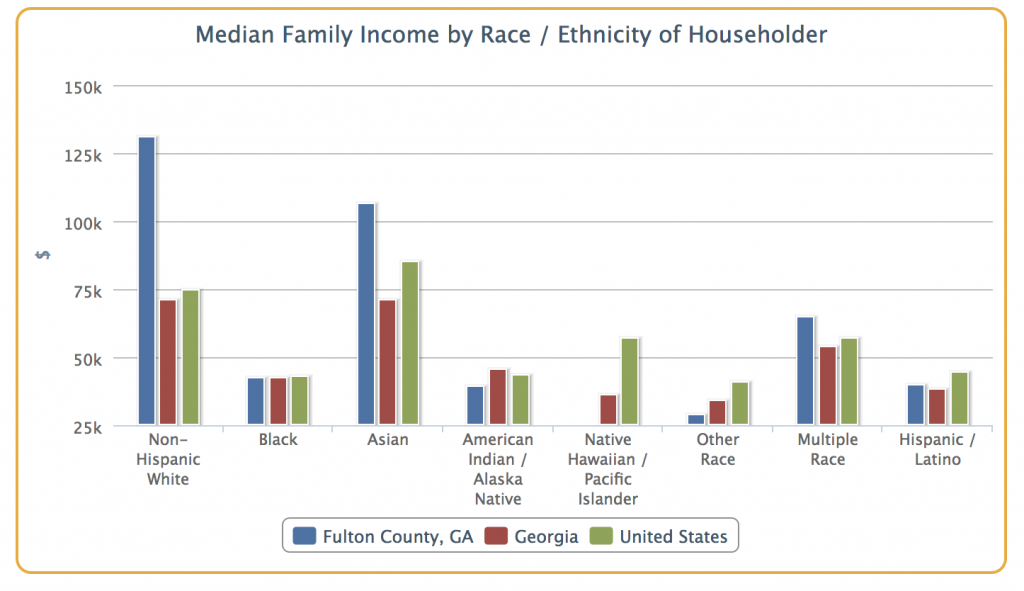 In Atlanta, officials conducted community meetings with more than 7,000 people in the 29-county region between September 2016 and October 2017 to produce the 150-page report. “While this strategy originates with the city, it is meant to encompass and benefit the region as a whole — just as shocks and stresses affect the region as a whole — for we are greater together as a unified region than as siloed jurisdictions,” the report states in the executive summary.

The report is part visionary — calling on Atlanta residents to celebrate its past successes and encouraging local government and civic institutions to “build our future city today” — and part action plan — setting goals such as ensuring every Atlantan lives within one-half mile of fresh food by 2025 and installing sustainable energy and water-efficient infrastructure improvements in public spaces, as well as around 500 homes and businesses each year.

While suggestions contained in the report don’t carry the force of law, Rolley said similar 100RC reports in New York City and Dallas have been embraced by city officials. In Atlanta, however, the release of the report overlaps municipal elections, which take place on Tuesday and preclude any official endorsement as yet.

Rolley said 100RC has assurances from all 13 candidates vying for mayor that they will work to achieve the goals in the report and is optimistic about collaborating with the city’s next leader. “It’s not appropriate to push that now, until the new mayor and city council is in place,” he said. “But we feel good that no matter who wins, we’ll be able to work with them.”

Outgoing Mayor Reed has been a strong proponent of the program. He praised the report in a prefacing letter, drawing special attention to the city’s challenges that the report highlighted:

Today Atlanta is stronger than ever, but not without its vulnerabilities: flooding, infrastructure collapse, and cybersecurity threats are sudden and painful shocks we must prepare for and protect against; while lack of affordable housing and public transit, income and opportunity disparities, and continued racial tensions represent chronic stresses we must address head-on and united.

Atlanta’s resilience plan aligns with recommendations in a recent report by Center for American Progress senior fellow Cathleen Kelly and Dr. Cecilia Martinez, executive director of the Center for Earth, Energy and Democracy. The report, “A Framework for Local Action on Climate Change: 9 Ways Mayors can Build Resilient and Just Cities,” calls on mayors to make racial justice and economic equity core goals of city resilience and climate action plans. (ThinkProgress is an editorially independent news site housed within the Center for American Progress.)

“Cities must confront the reality that many residents have been left behind by recent economic booms, and left without the financial stability needed to safely weather more intense storms, heat and floods fueled by climate change,” Kelly, who has consulted with the Atlanta group, said in an interview. “By ending racial and economic injustices that make communities of color and low-income areas the most vulnerable to extreme weather events, mayors can ensure that all residents have the resources and stability to thrive in a changing climate.”

That’s the ambitious goal of the RC100 program. If successful in Atlanta and elsewhere, then the cities of the future will be prepared to bounce back, like the great winged phoenix, from whatever calamity or challenge for the benefit of all who live in there. 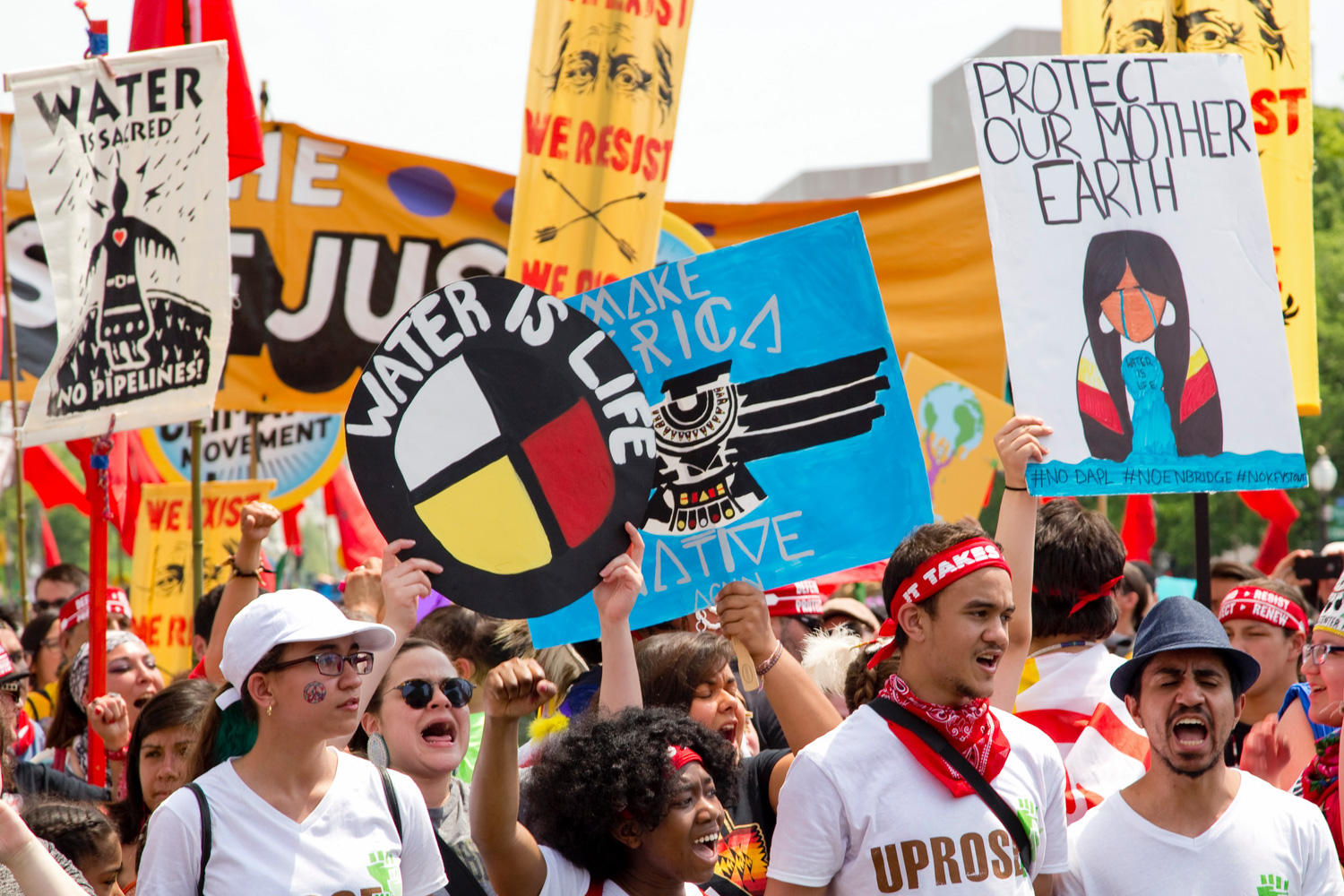