Developed by Seabourne Consulting, experts in Growth of Organic Farming

The US has more than 22,000 certified organic operations, that’s triple the number since 2002. In 2016, the US also saw organic farmland increase to a record 4.1 million acres, helping to account for the $43 billion in organic food retail sales.

Much of growth is attributed to consumer demand both nationally and internationally; however organic regulations the USDA’s Agricultural Marketing Services implemented in 2002 was also a catalyst that helped the growth of organic operations. The USDA’s Natural Resources Conservation Service has provided more than $115 million dollars in assistance and worked with 6,800+ organic farms.

There have been increases in the amount of organic alfalfa, hay, soybeans, wheat, and corn, but still small compared to conventional crops. For example, organic corn makes up 0.31 percent of total corn acres in the US- it’s 0.2 percent for soybeans. 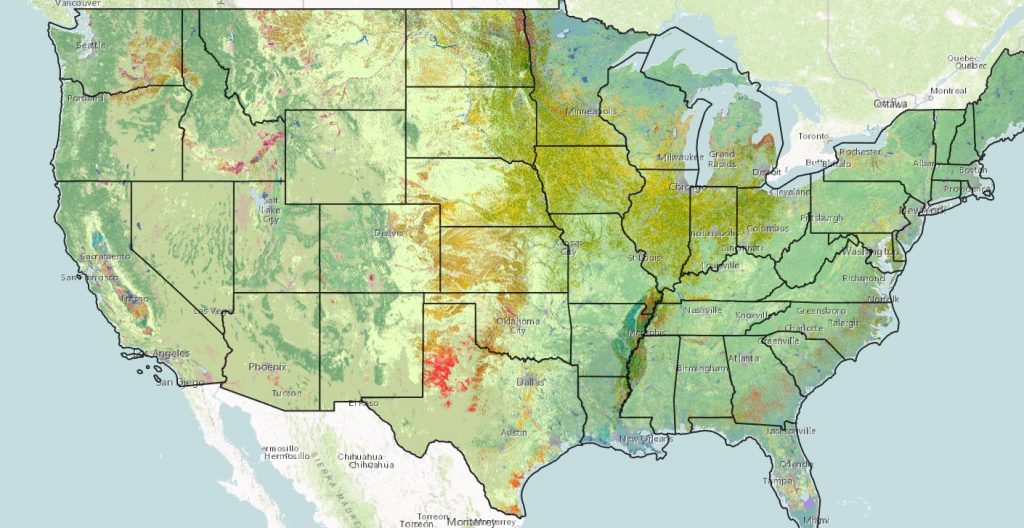 In fact, demand for almost all organic food products are outpacing US supply. Sales have grown more than 20 percent annually and only expected to increase. But it can be a tough transition for farmers to make if they want to sell their produce under the USDA’s organic label. In addition to no longer using pesticides, aspiring organic farmers must also stop using growth hormones, antibiotics, take steps to improve soil quality, and learn a new system for farm management- all while trying to compete with larger organic operations.

For farmers wanting to make the transition to organic, it’s typically a three-year transition period where produce yields and sales decline. For some farmers the costs do not outweigh the benefits. That’s where assistance programs from the USDA become all the more necessary.

Organic food is sold through three main outlets in the US: conventional grocery stores, natural food stores, and direct to consumer. Roughly 93 percent of organic food sales are through conventional and natural food stores, the remaining 7 percent is direct to consumer, food services (like mobile markets), and other channels. From 2006 to 2014, there was a 186 percent jump in the number of farmers markets. 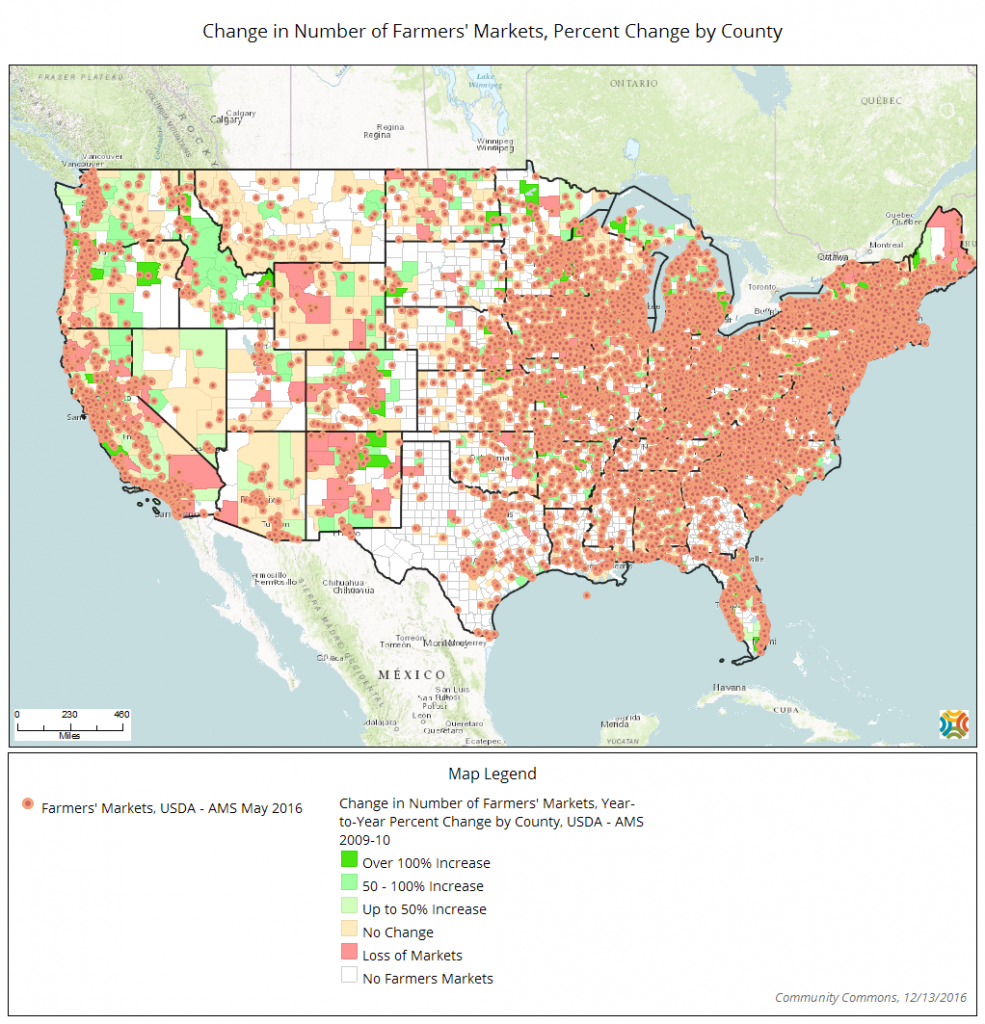 Other direct to consumer outlets like mobile markets, Food hubs, on-farm markets, and community supported agriculture sites continue to grow in popularity across the country. The Chattanooga-Hamilton County Health Department in Tennessee has a mobile market that brings fresh produce to community members living in food deserts. 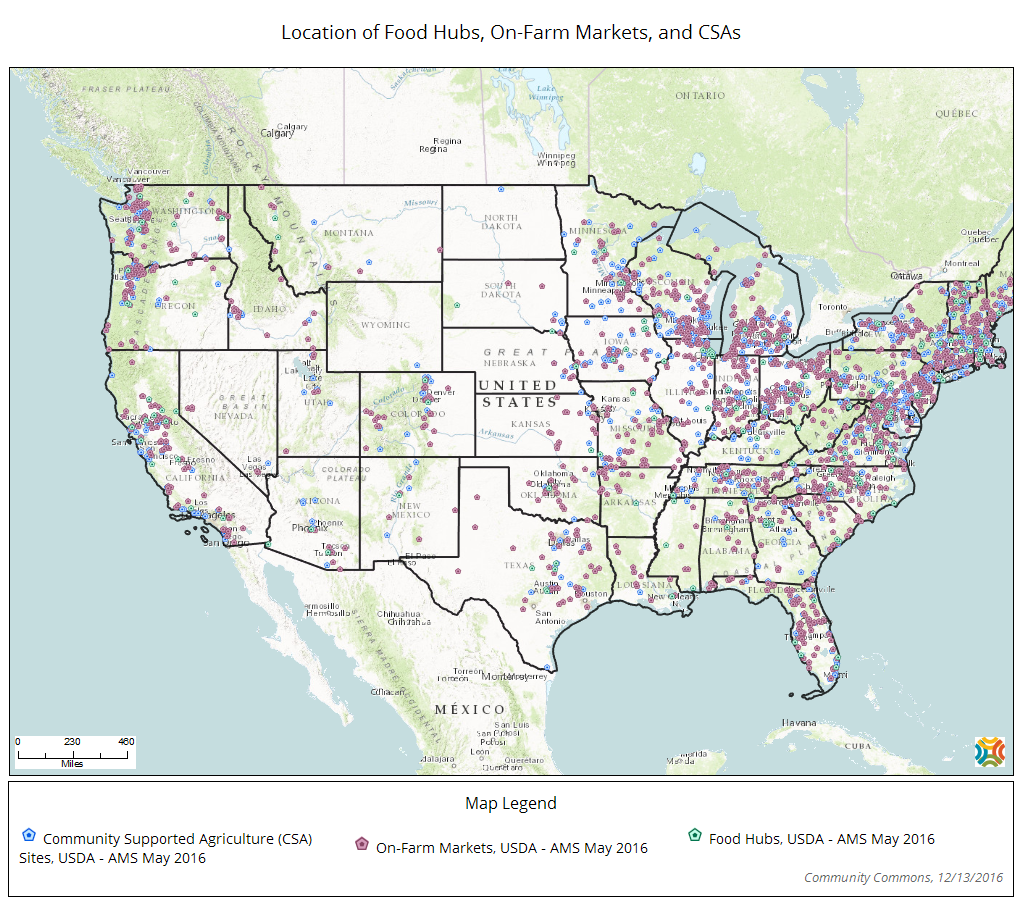 The demand for organic farmland and new ways of delivering organic food show no signs of slowing down. Innovative services like the mobile market in Chattanooga, TN are even using geographic information systems (GIS) and other mapping services like Community Commons to locate the best areas to deliver fresh produce. It’s an exciting, but also challenging time for farmers as many have made the decision to switch to organic. And it’s a rewarding time for communities. Not only are locally grown, organic options becoming more accessible, but opportunities to integrate farming into schools and local businesses are as well. 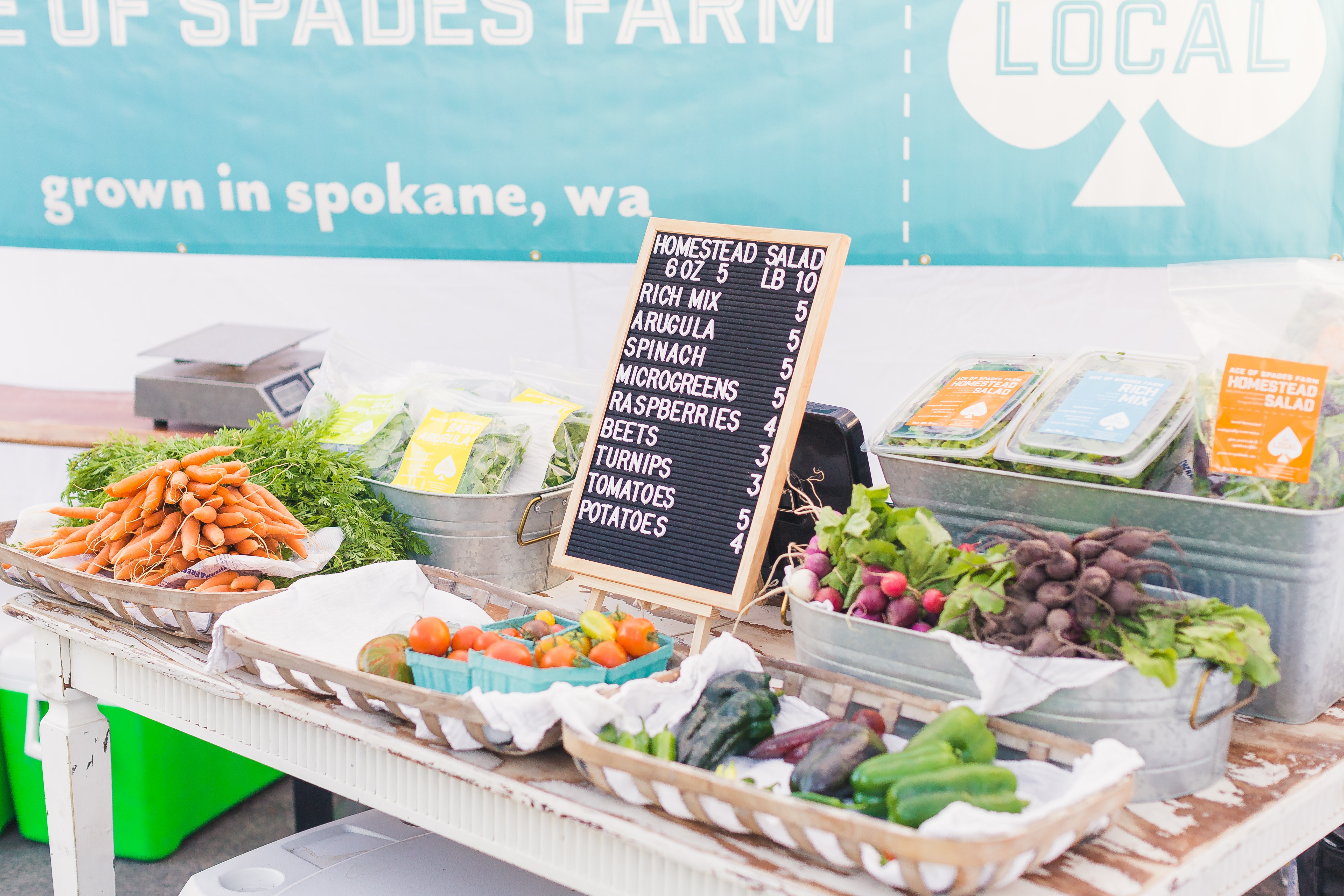