Developed by Seabourne Consulting, experts in How One Community Action Agency Jumped in to Help After Harvey

How One Community Action Agency Jumped in to Help After Harvey

When Hurricane Harvey hit southeast Texas, the damage was catastrophic. The category 4 storm caused approximately $190 million worth of damages with record-breaking flood waters and winds clocking in at over 115 miles per hour. Within days, the United States Congress approved a $15.2 billion relief package to aid recovery efforts in Texas and Louisiana. 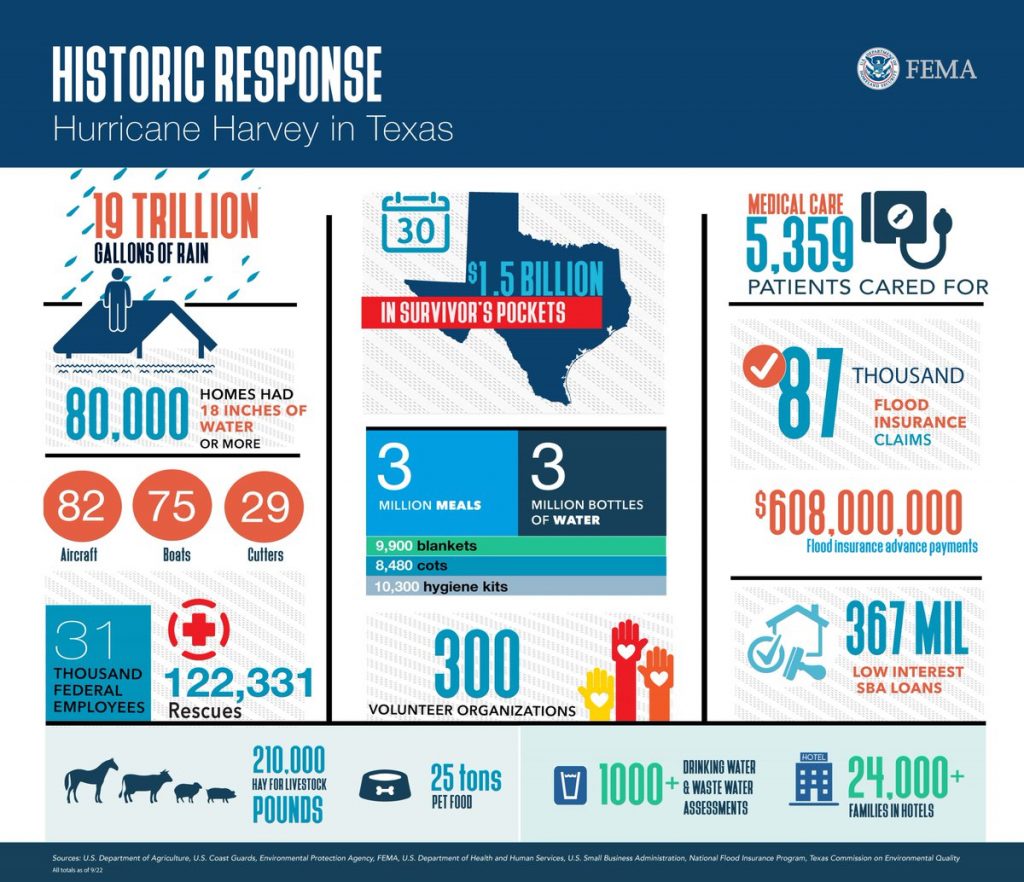 As the disaster relief money began to arrive, executive directors and program service managers of community action agencies throughout the region were immediately thrust into planning mode. Wanting to ensure that resources were equitably delivered to communities in need to make the most impact, leaders sought out alternative approaches to determine distribution locations.

Local community action agencies gauged what communities along Harvey’s path of destruction were hardest hit, and determined a plan of action. Laura Saintey, Project Manager of Training for Texas Department of Housing and Community Affairs, and her team assisted agencies in impacted areas through data found on Community Commons to identify high poverty population areas by zip code. 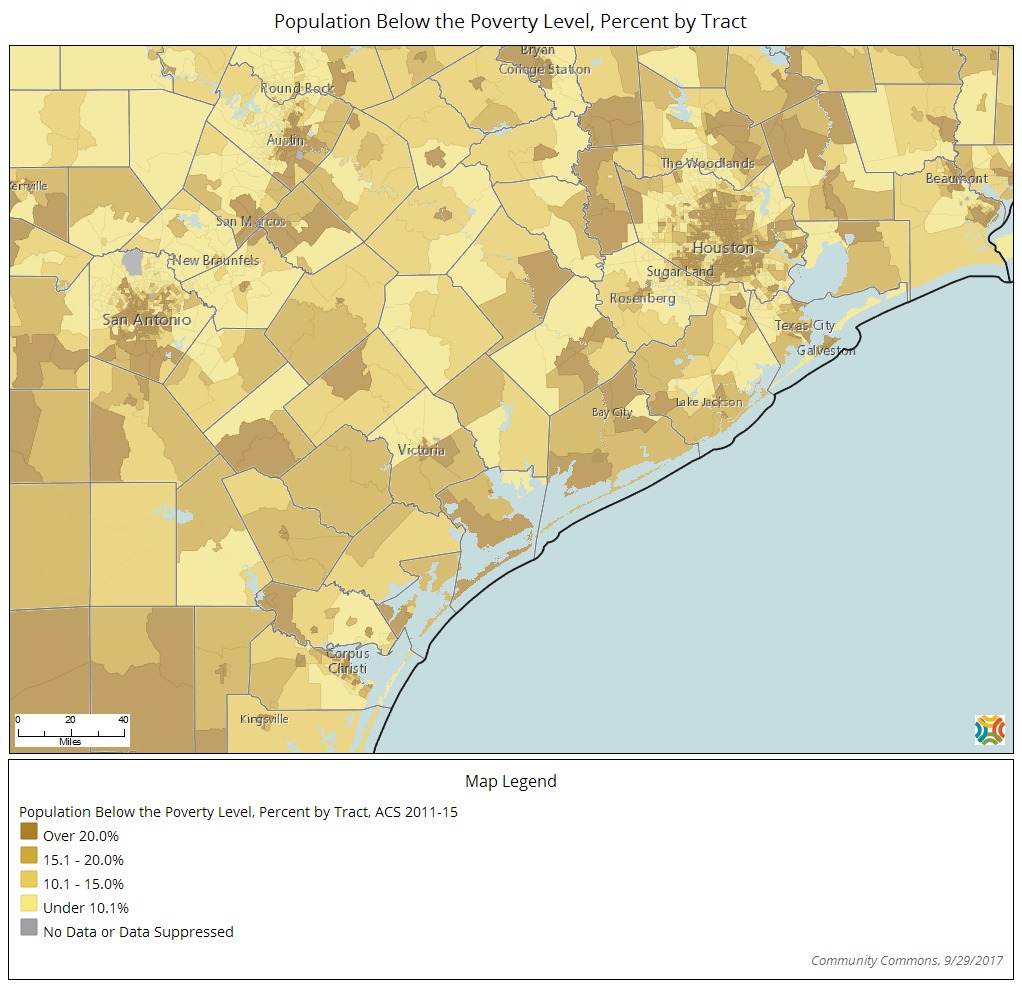 Based upon poverty population, and quick to expire disaster funds, one community determined the most responsive approach was to provide gift cards for food, gas, and essentials to the households within the impacted counties. Hidalgo County Community Services  Agency assembled a mobile disaster response team to assist their neighboring community action agencies that were impacted by Harvey. This team used Community Commons poverty population maps in order to target where they should send their mobile unit to assist low-income households.

“We have agencies whose service areas are as big as east coast states, so we have to be really efficient,” Saintey said. “We have to identify what communities are being under or over served, where to ramp up our services, where to slow them down, so that we can equitably serve our service areas. We want to make sure we are where the people are.”