Developed by Seabourne Consulting, experts in Vitamin P: Tapping the Power of Place to Keep Us All Healthy
Help us grow! Suggest a favorite resource today! Recommend it

Vitamin P: Tapping the Power of Place to Keep Us All Healthy

One number stands above all others as the best indicator of good health.  It’s not your blood pressure, cholesterol level, average daily calories or even the age at which your grandparents die.  It’s your zip code.

This fact has sent shockwaves across the county.  The chief aspiration of American democracy is that everyone deserves an equal opportunity for life, liberty and the pursuit of happiness.  Yet medical evidence shows that people living in disadvantaged neighborhoods face greater health and mortality risks.

“That should not be…. All communities should have a right to a safe, sustainable, healthy, just, walkable community,” says Robert Bullard, the father of the environmental justice movement and a professor of Urban Planning and Environmental Policy at Texas Southern University.

“Health disparities don’t just happen by accident,” he declared at the 2nd National Walking Summit, accentuating his point with a series of maps showing that high levels of diabetes, hypertension, heart disease and obesity correlate strongly with low-income neighborhoods and those with a history of racial segregation. 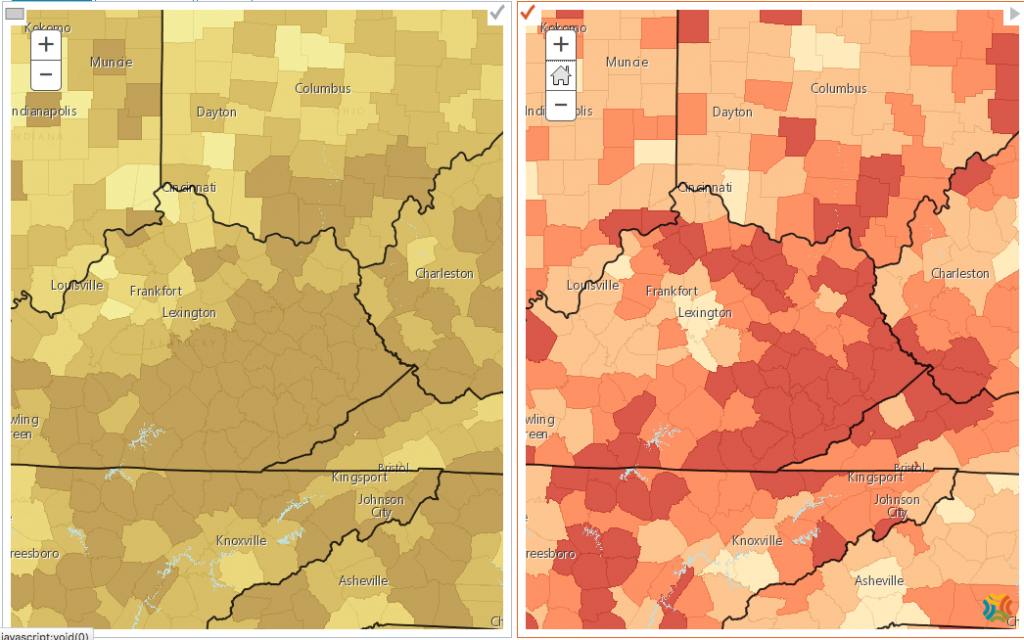 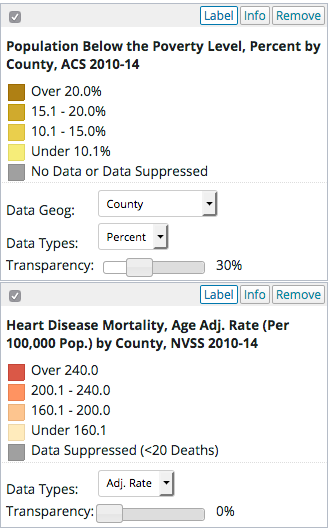 The Case for Healthy Places report just released by Project for Public Spaces (with support from Kaiser Permanente and Anne T. and Robert M. Bass) chronicles this stark contrast in health outcomes across the nation.

“Numerous studies have explored how differences in the design and function of low and high-income neighborhoods contribute to health disparities,” the report states.  “Research shows that low-income groups and racial and ethnic minorities have more limited access to well-maintained parks or safe recreational facilities …These areas are also significantly more likely to lack access to supermarkets and places to obtain healthy, fresh food.”

The good news here is that we can do something about this problem.

“If you have parks, playgrounds, community gardens, and wide sidewalks, you have good health outcomes,” explains Ron Simms, a neighborhood activist in Seattle’s African-American community and former Deputy Secretary of  HUD, who commissioned some of the first research identifying zip codes as a critical determinant of good health as chief executive of King County, Washington.

This is the central message of The Case for Healthy Places, which maps out a common sense solution known as placemaking. It’s collaborative blueprint for improving health in all communities by strengthening and reimagining the public realm —those gathering spots, local institutions and other places where we come together as neighbors, friends and citizens.

“Placemaking is one of the most powerful things we can do to address physical and mental health as well as revitalize democracy and add more conviviality to our lives,” explains Tyler Norris, Vice President of Total Health Partnerships at Kaiser Permanente. “It supplies us with a sense of belonging, which creates resilience and well-being, according to scientific evidence.”

“Heightened bliss is what happens in a public space,” adds Fred Kent, president of Project for Public Spaces. “We seek them out—even if it’s just an interesting street corner—because we know it’s good for us. It calms and relaxes you, like meditation. You can feel your blood pressure go down.”

Just 10 to 20 percent of a person’s health condition is attributable to the access and quality of health care services.  More than 40 percent is due to social and economic factors in our lives and community, 30 percent to individual behaviors shaped in part by the neighborhoods we inhabit, and 10 percent to the physical environment around us, according to a 2016 study by the University of Wisconsin Population Health Institute. 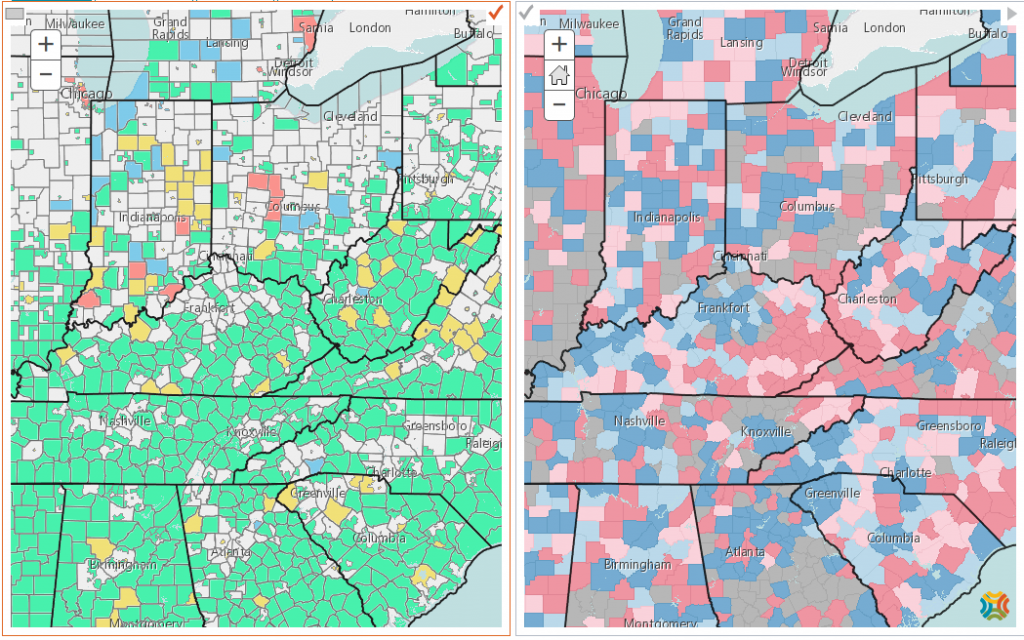 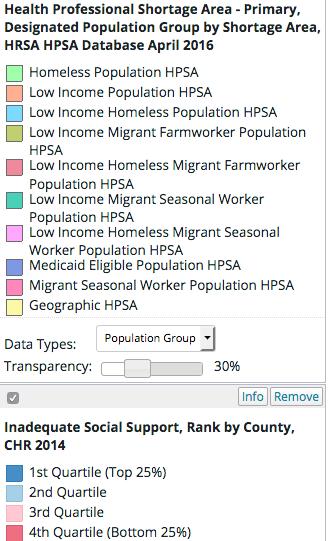 The Case for Healthy Communities details the accumulating medical knowledge about the importance of place on our health and offers well-proven strategies, practical steps and real-world success stories in these five target areas:

Harvard sociologist Robert Putnam popularized the concept of social capital in his book Bowling Alone, which documented how the social and economic health of a community depends on people working together in organizations, volunteer projects and other personal networks (symbolized by bowling leagues). High levels of social capital also correlate with lower mortality rates, according to research by the Harvard School of Public Health. A Harvard study shows that socially disconnected people are two to five times more likely to die from a variety of causes than those with strong ties to family, friends and neighbors.

In light of this evidence, it’s disturbing that only 20 percent of Americans regularly spend time with their neighbors and that the number of Americans who report having no one to turn to in times of crisis tripled between 1985 and 2004.

The value of public spaces to boost physical and mental health as well as reduce stress has been well-documented. A study in Miami’s East Little Havana neighborhood found that architectural features such as front porches that stimulate social interaction reduces levels of psychological distress while features that inhibit interaction, such as parking on the ground floor, instill feelings of isolation and unease in subjects.

Parks, playgrounds and ballfields are literal common ground—places where people of all socio-economic backgrounds and personal beliefs can meet, interact, and get to know each other better. It is hard to fear, hate, dismiss or ignore people you’ve scrimmaged in basketball, crossed paths with on a bike trail or watched your kids swoosh down a slide together.

They are also essential for our health.  The Centers for Disease Control and the Surgeon General’s office both prescribe 22 to 30 minutes of physical activity five days a week—and double that for kids.  And the easiest way to do that for most of us is at a nearby park or playground—it’s close, free and open to all.

In Phoenix, the city’s FitPHX project has partnered with Phoenix Children’s Hospital to encourage families to become more active by marking walking routes in parks, which have been outfitted for geo-caching games (a high-tech treasure hunt) for both English and Spanish speakers.

When Oklahoma City was named as the “#2 Fattest City” in America by Men’s Health magazine, Republican mayor Mick Cornett rallied the city to do something about it. An $18-million sidewalk improvement fund was approved by voters as part of a tax increase that also included money for parks, bike trails and senior wellness centers around town. Oklahoma City has now added hundreds of miles of new sidewalks, built eight miles of bike lanes on the streets (there were none before), added 100 more miles to the recreational trail network, built new gyms at many public schools and created a public rowing center on the Oklahoma River.  Low-income neighborhoods, where health and obesity issues are most severe, are the biggest focus of the city’s programs for active living and healthy eating. 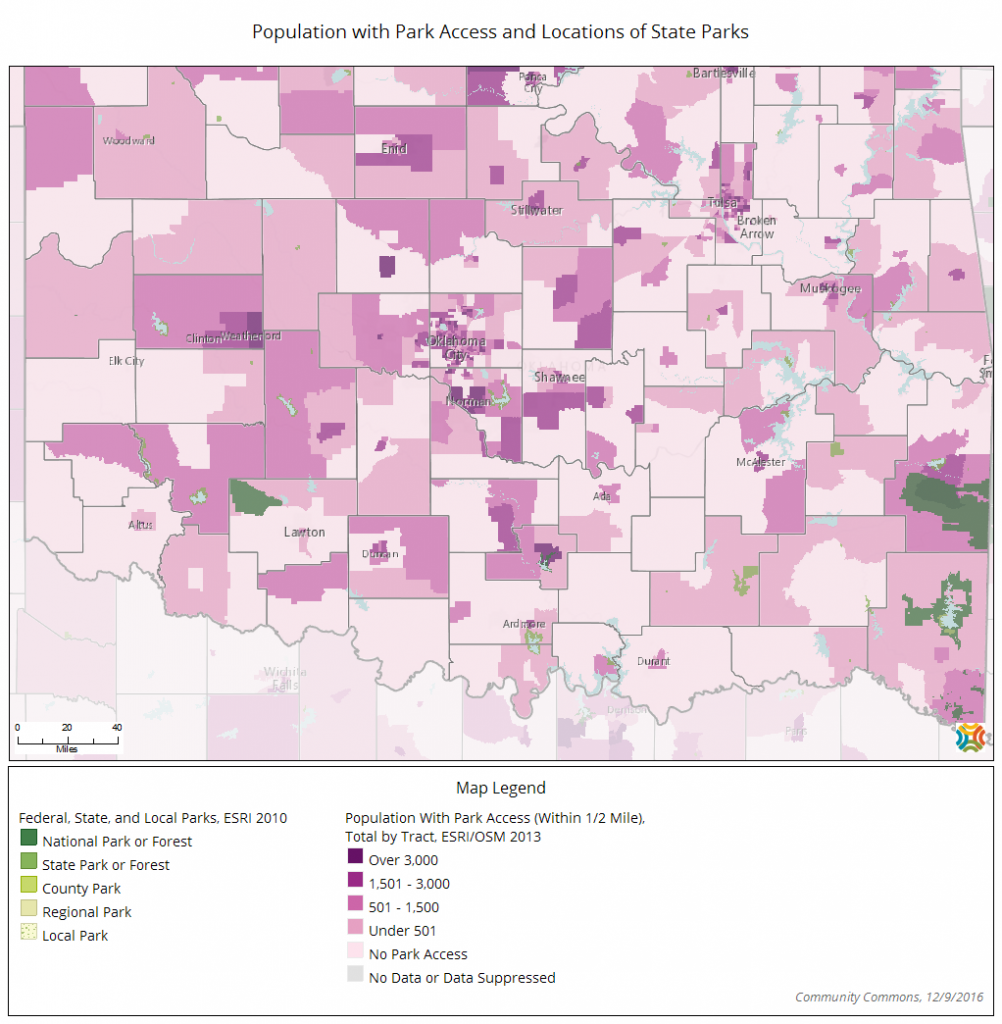 We’ve always known going outdoors into nature is a boost for our creativity, peace of mind and overall happiness.  Now we know it’s critical for our physical and mental health too. Mounds of recent medical studies chart the health benefits of parks, gardens and wild areas on ailments ranging from asthma, PTSD and diabetes to ADHD, depression and dementia. Even people not suffering from any particular condition notice improvements in memory, mental well-being and overall health indicators.

Research in Philadelphia found that neighborhoods where vacant lots were turned into gardens saw a drop in violent crime, according to an article in the International Journal of Environmental Research and Public Health.

St. Paul’s newest park—13 acres of in the poorest and most ethnically diverse corner of the city—exists because neighborhood activists worked tirelessly to ensure that the site of a 19th century home for wayward girls was not walled off by private developers. Residents went door-to-door asking everyone what they wanted to see in a new park. With the support of the Trust for Public Land, they are now carrying out a vision for a unique public space featuring an amphitheater, playground, farm plots, greenhouse and arts programs.

The power of place can make a significant impact on people’s eating habits.

When two farmers’ markets opened in low-income Los Angeles neighborhoods, 97 percent of patrons at one market were eating more vegetables and fruit, and 98 percent at the other, according to a study published in the Journal of Community Health.

In Denver, a study showed that 56 percent of community gardeners ate recommended five servings of vegetables and fruit a day compared to 37 percent of home gardeners and 25 percent of non-gardeners, according to USDA research. 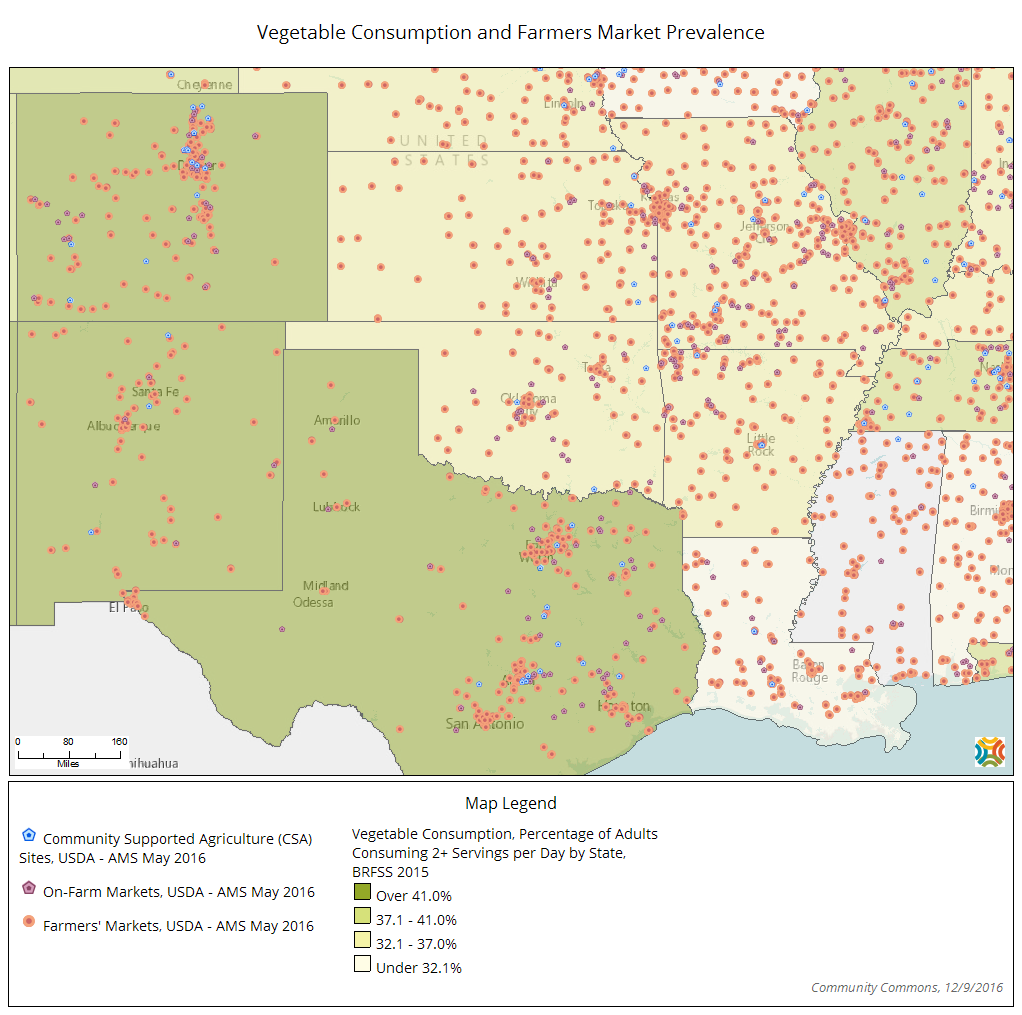 Little-town-on the-prairie Albert Lea, Minnesota (pop. 18,000) is determined to prove that healthy lifestyles are not just a big-city thing. They’ve adopted a community-wide wellness campaign called Blue Zones, based on the work of National Geographic explorer Dan Buettner. About 40 percent of all adults in town have joined exercise and healthy eating programs, along with nearly all schoolkids in grades K-12. One-third of locally owned restaurants, all school concession stands, and one large supermarket now offer new nutritious meal options. Blue zones participants have collectively shed more than six tons of weight.

Walking is such a great way to stay healthy that US Surgeon General Vivek H. Murthy issued a special Call to Action to Promote Walking and Walkable Communities last fall.

“Walking is a simple, effective and affordable way to build physical activity into our lives,” Murthy said. “That is why we need to step it up as a country ensuring that everyone can choose to walk in their own communities. Physical activity should not be the privilege of the few. It should be the right of everyone.”

The landmark report is based on definitive medical evidence that moderate physical exercise cuts your chances of diabetes, dementia, depression, colon cancer, cardiovascular disease, anxiety and high blood pressure by 40 percent or more.

A major study released this year shows that lack of exercise is twice as deadly as obesity, according to Cambridge University researchers who studied more than 300,000 people over 12 years.  Another new groundbreaking study conducted over 50 years shows low levels of physical activity are more lethal than high blood pressure, high cholesterol and other closely-watched medical conditions.

Biking offers nearly the same health, economic and social benefits, although far fewer people bike today than walk—a situation that is being remedied by the widespread introduction of safer,  more comfortable bike facilities such as protected bicycle lanes, special bike boulevards, better-connected networks of bikeways across communities and safer accommodation of bike riders at busy intersections.

Health professionals, clinics, hospitals, insurance companies, medical schools, health care companies, public health agencies, non-profit organizations and research institutes in the field  have important roles to play in promoting healthy placemaking projects. “By utilizing their facilities, land, funding capacity, employees, political power and other resources, the healthcare sector and its civic partners have a special opportunity to promote health and well-being in their communities,” say authors of The Case for Health Communities. 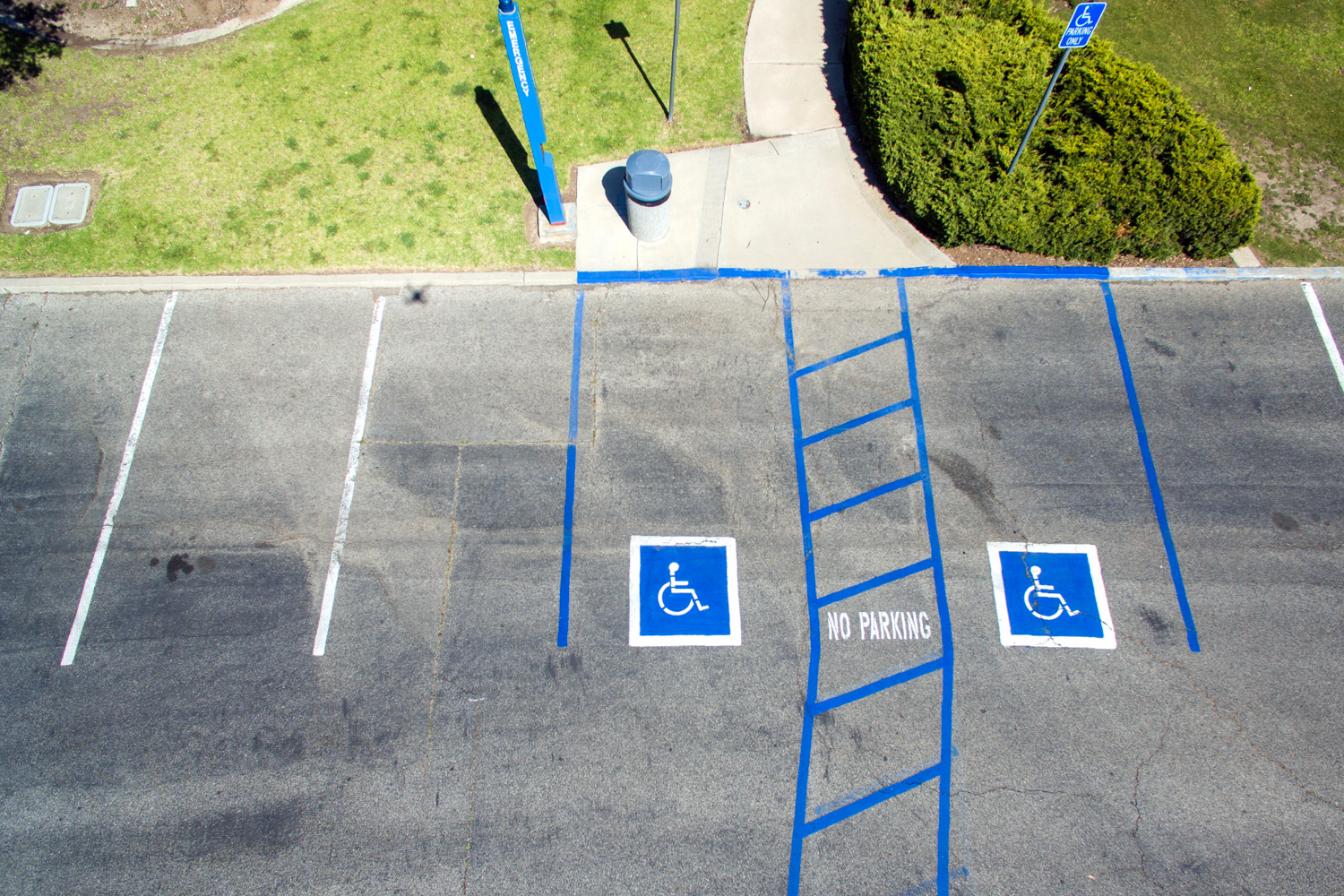